I am in LOVE with all things Volkswagon circa 1957-1976. That said, you can’t even imagine my excitement when VW classics started rolling into town for the car show a few weekends ago. I mean, they were everywhere! I felt like I had gone back a generation which was spectacular. My brother and I went to the car show together and cruised through all the open market style vendors selling their junkie wears.

I saw this epic travelers case. It was one of those old school hard square cases that looked like it could have been made of wood, but I doubt it because it was not too heavy to pick up. The front of the case had this awesome design on the front and I was sooooo close to buying it. As I think about it, I wish I had but other special opportunities will come along. But check this out: I figured I could turn it into a hope chest of sorts. The case wasn’t very big, but it would be perfect to store postcards and small souvenirs and other trinkets from travel. Don’t you think?

As we walked through the rest of the park, my brother and I took snap shots of our favorites. The best part of the day, however, was when I got to actually take pictures inside my dream yellow bug! We were headed out of the park when I saw it. The whole park had been so packed with vehicles of all colors and sizes that I nearly missed it, but we had to walk right past in order to get to my brother’s truck. It was just sitting there looking completely adorable, so I had to try to snap a picture of myself with it. Taking a “selfie” with VW bug is not as easy as it would seem especially when the sun is glaring off your phone. I was having a bugger of a time when the owner of the car asked me if I wanted to just sit inside and he would take some pictures of me with my own phone! I mean, how could I pass that up?? I didn’t.

It was the perfect way to end a perfect day of hanging out with my brother, but then it got better! I’m not saying that our departure was more spectacular than being able to sit in my dream car for a moment of pure bliss BUT as we were leaving, all the VWs were lining up along the edge of the road that leads out the park. We were able to drive by them all real slow, and I took a video. We got to see some of our favorites as well as others we had missed on the first walk about.

This retro van was my brother’s favorite. It looks rusted and a bit worse for wear, but there was nothing about it that was uncool. The entire van had been treated with a clear coat of sealant to keep it from rusting any further. Instead, it just kept up its retro appearance without the worry. What was totally funny is that the owner was sleeping in the back while people were milling about snapping pictures of it. We saw him crawl up to the front and pull out on to the road to line up with the others. Doesn’t it just look like it belongs near the beach? Love it.

The guy in the green van was super cool, and his ride happened to be my second favorite in the park. The colors reminded me of the Scooby Doo Mystery Van because the green was just so spot on, and the blue stripe accented too well. The owner was cool enough to let me snap a photo of him flashing up a peace sign before he wheeled away.

After the show, VW fanatics didn’t limit themselves to the park. I saw them all over town! A lot were parked along the streets checking out Main St. or sitting down for a drink or two at Cultures. We had to fill up for gas, and to my delight, a bug schooches its way up to a pump right beside us. If I couldn’t have a yellow bug, I would gladly settle for a teal one because there is something sexy about that color. Mhm. Anyways, all in all, the day was spectacular. Sunny, hot and full of 60s vibes. I seriously can’t wait for the next show to roll into town. 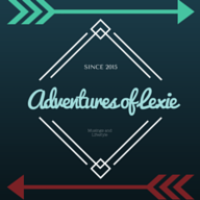